Meizu’snext flagship pro Smartphone – the Meizu Pro 7 first appeared on AnTuTu Benchmark and a few image teaser in the past few days, but never was the device listed on any of the platforms with its original name.

Now, a device which without a doubt is the Meizu pro 7   with Samsung’s Exynos 8890 chipset has been spotted on Meizu Interactive community of Meizu Forum.

The Leaked images have the Meizu Pro 7 clearly written on the rear bottom while the front reveals a dual curved display on either side. There is an oval-shaped physical Home button as well, just under the display screen.

Other details revealed by the leaked images include a stylish dual camera setup on the rear, exclusive Meizu’s “Ring Flash”  and some visible antenna lines both at the top and bottom edges. 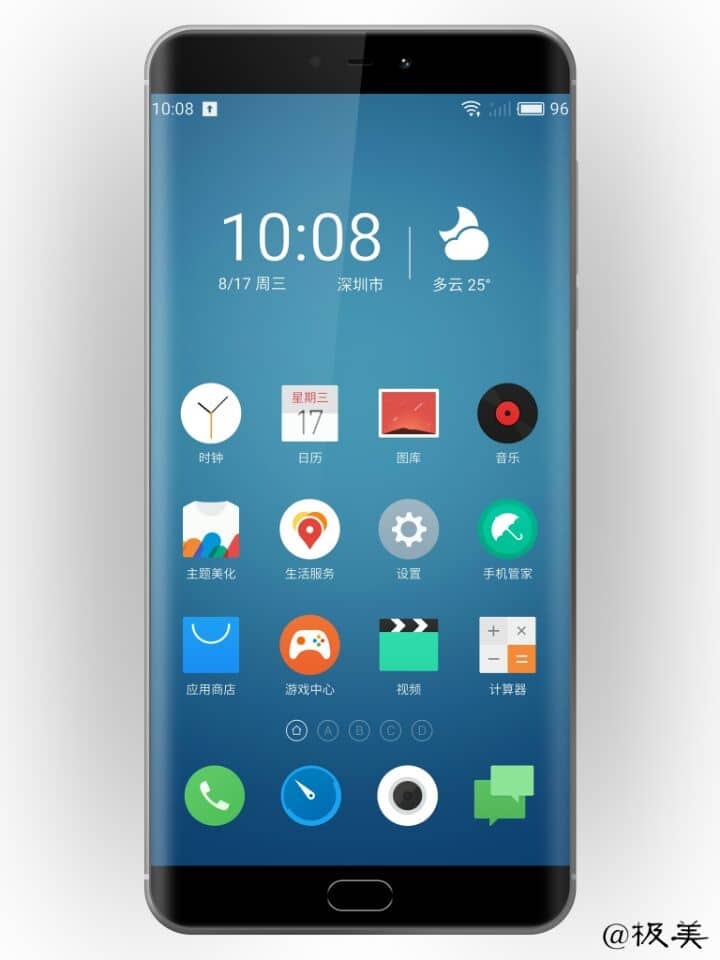 The Meizu pro 7 had earlier been listed on  AnTuTu as having a 5.5-inch display with 2560 × 1440 pixels resolutions, Android 6.0 Marshmallow as well as a 5MP front-facing camera.

If the Meizu pro 7 happens to be the same device Meizu had earlier teased for September launch, we should expect the device to be officially announced on September 3rd.