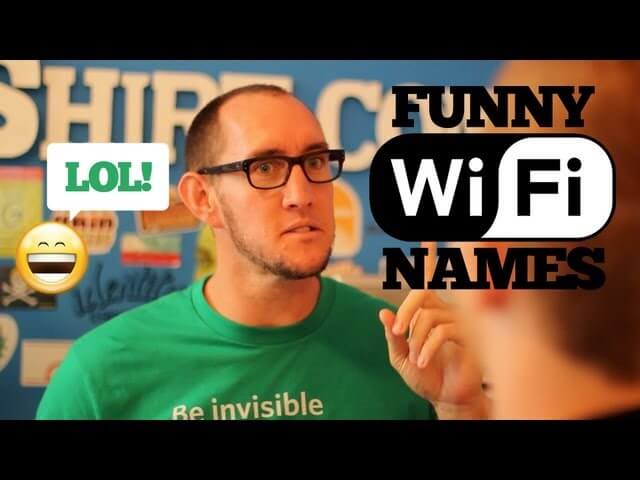 Everywhere we look, we see people who are always connected online. Either they are using their mobile data, or they are hooked to some WiFi hotspot. People nowadays are connected to the world wide web 24 hours a day and 7 days a week, and this has converted from a mere necessity to an absolute necessity.

Not long before, it was a luxury for the common man to be connected to the Internet and check stuff online, but now it is no more a luxury, it is a commodity that everybody has access to, and there are people out there, who claim that WiFi is a mere necessity and that it should be available to everyone living in a society.

Now how is the idea to give funny wifi names to your wifi connection? Doesn’t it sound great?

History and Origin of WiFi

Wireless Fidelity, or more commonly WiFi is a technology that allows users to wirelessly connect to a LAN Network or WLAN. The technology makes use of 2.4 Gigahertz and the 5 Gigahertz frequency signals to transmit information between multiple devices wirelessly. Usually, private WLAN networks are password protected, which means that only authorized personnel can connect and avail its facilities, but in certain places, shops and governments have set up public WiFi hotspots, which are open WLAN Networks, meaning that anyone within its range can connect to it and use its features.

WiFi is defined as any wireless local area network (WLAN), which follows the 802.11 Standards set by the Institute of Electrical and Electronics Engineers (IEEE) by the WiFi Alliance. WiFi is a trademark of the WiFi Alliance, and the symbol can only be used by products that successfully pass the standards set by the alliance. Nowadays, every device we see around us, make use of WiFi. Starting from mobiles to tablets and from Internet of Things (IOT) enabled furniture to printers, everything we see around us is literally hooked on to the internet 24 hours a day, 365 days a year. And funny wifi names have become more popular to make the service of wifi more exciting.

The concept of W-Fi goes back to the early 1970s when ALOHA net connected the Hawaiian Islands with a UHF wireless packet. ALOHA net and the ALOHA protocol were the forerunners of the Ethernet and later the IEEE 802.11 Standards. The first version of the 802.11 IEEE protocol was released in 1997, and in 1999 the WiFi alliance was formed as a trade association in order to hold the trademark under which most of the products were being sold. WiFi technology runs on many patents which are owned by several companies all across the world. The Commonwealth Scientific and Industrial Research, abbreviated as CSIRO holds the patents for many of the WiFi technology. In 2004, as many, as 14 companies paid CSIRO $250 million for the patents it held regarding WiFi technology. In 2012, CSIRO won a settlement worth $220 million and companies across the United States had to pay up to $1 billion for the royalties held by the association.

The name WiFi which was the abbreviation of the technology Wireless Fidelity was coined by the brand consulting firm, Interbrand which was hired by the WiFi Alliance in August 1999 to coin a name for the technology which was a little catchier than 802.11 IEEE Standard. Interband was also assigned the task of creating the WiFi log with funny wifi names. The yin-yang WiFi logo signifies that the technology is fit for interoperability.

IEEE which is the governing body for the IEEE 802.11 standard, does not test WiFi enabled devices for standard compatibility. In order to fill this void, the WiFi Alliance was formed in 1999, so that there is a common governing body that would be able to certify that the device is in fact fit to bear the WiFi enabled certification. For availing the certification, the device needs to maintain the IEEE 802.11 standards, WPA and WPA2 security standards, and the EAP standard authentication. The certification optionally includes testing of features related to connection with cellular phone technology, power saving, etc. At that time giving funny wifi names was not used too much as it is used these days.

As mentioned earlier in this article, the WiFi technology serves a variety of purposes in various fields. From measuring your weight and wirelessly transmitting the data to your mobile app, WiFi does it all. Below is a comprehensive list of the many frontiers that involves the use of WiFitechnology-

WiFi technology has opened a whole new frontier. The technology promotes cheaper deployment of local area networks. In historical buildings where cables cannot be run, WiFi can be installed in order to seamlessly connect a number of devices and funny wifi names could have given to them. Like every other technology, WiFi also has a number of limitations that come in its way to serve you better. To overcome these difficulties, some specific hardware guidelines need to be followed. The guidelines include the following-

The range varies from device to device. The device generally has a standard range of up to 100 meters. You can check with which wifi your system is connected by seeing the funny wifi names given to the system.

Almost everyone is connected to the Internet all through the day. If you are among the selected few, who have not yet caught up to this technology, then wait no more and get your private hotspot along with a funny wifi names today! 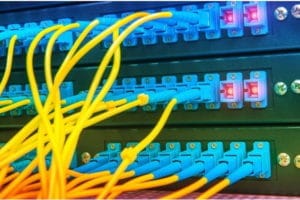 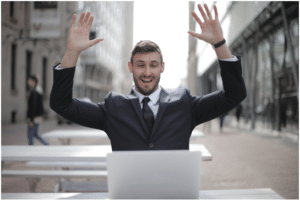 Stand Out From Your Competition By Going Digital 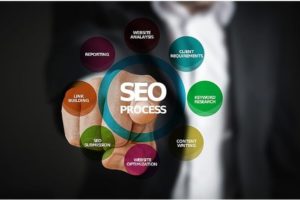 How to Find Cheap VPS Hosting

Stand Out From Your Competition By Going Digital