Xiaomi’s third generation Redmi Smartphone – the Xiaomi Redmi 3  attained a lot of success in sales when it was announced back in the year. Now, the  Chinese smartphone giant is all now set to dish out the 4th in the line of Xiaomi Redmi phone- the Redmi 4 and the Redmi Note 4.

There have been speculations that Xiaomi will be holding a news conference on August 25 where two unnamed smartphones of the Redmi origin was billed to debut. This TENAA certification of the Xiaomi Redmi 4  couple with some leaked images of a purported Redmi Note 4 goes further to affirm the August 25 unveiling date of the Xiaomi Redmi 4.

Though the TENNA listing didn’t include an image of the Xiaomi Redmi 4 but revealed quite a lot of the Specs of the Upcoming Redmi 4.

The TENNA listing revealed the Xiaomi  Redmi 4 as having a 5-inch  FHD display, a capable 3GB of RAM and an expandable  32GB of internal storage.

Under the hood, the Xiaomi Redmi 4 will be powered by a  Snapdragon 625 14nm 64-bit octa-core processor running at 1.8GHz, while  Adreno 506 GPU will be in charge of graphics processing.

Other notable Specs revealed by the TENNA listing include  Android 6.0.1 Marshmallow with Xiaomi’s  MIUI 8 OS, a 4000mAh battery,4G LTE and will be available in  Gold color option only. 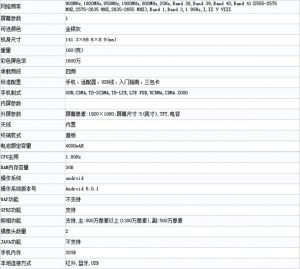 Elsewhere, the Xiaomi Redmi Note 4  is certified by TENNA as having a larger  5.5-inch display FHD display, a smaller 2GB RAM  as well as lesser storage space of  16GB. The device will be powered by an unnamed 2GHz processor which may be the  Helio X20 chipset. The Xiaomi Redmi Note 4 according to TENNA listing will have a higher end model with  3GB RAM and 32GB of internal storage. 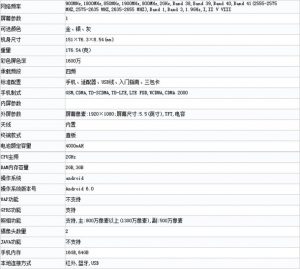 For the Xiaomi Redmi Note 4, TENNA listing says the device will have same camera pixels as the Redmi 4 (13MP rear-facing camera with a 5MP front-facing camera).

The device will be fueled by a 4,000mAh battery and will boot  Android 6.0 Marshmallow out of the box